August was mostly a blur. We packed and moved and had lots of company. Jeremy's parents came and helped us move into our apartment. Then, we had a few days of "down time." We worked on getting settled and took a nice day trip up and around the little corner of Washington we plan to call home. We found a beautiful Mt. St. Helens lookout along the way, then played at Yale Reservoir (one of three reservoirs we hope to eventually go boating on near Woodland). At the beginning of September, we met my parents in Hermiston and sent Jeremy off on his first bowhunting experience with my dad. Mom came with me and we had a great day trekking around the gorge while we made our way back to Vancouver. The guys had an exciting hunting trip. They were in a really neat ecosystem and surrounded by big bull elk. Although Jeremy didn't bag one, they had an amazing adventure which ensured that Jeremy will be addicted to bowhunting for years to come.

Here are some pics: 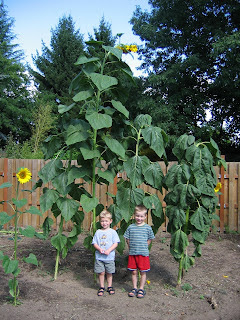 It was hard to say goodbye to our garden. The boys' sunflowers had become monstrous. The morning we left, my great gardener Taylor went out and picked a heaping collander-full of tomatoes and a number of zuchhini, so we got to take some of our bounty with us. 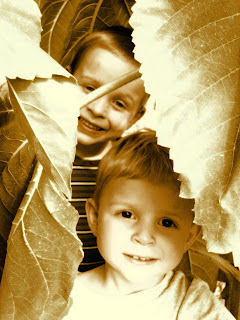 The boys with their sunflowers. 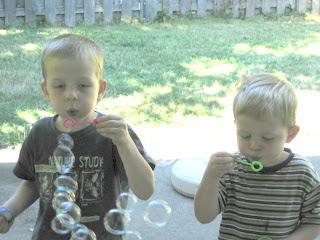 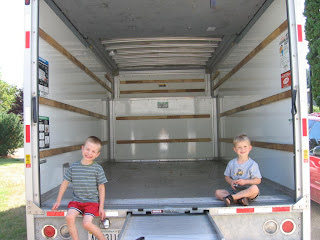 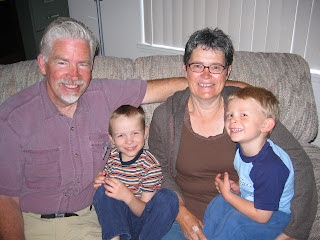 Thanks, Grandpa and Grandma, for helping us move and playing with us so mom and dad could get things figured out! You were lots of help! 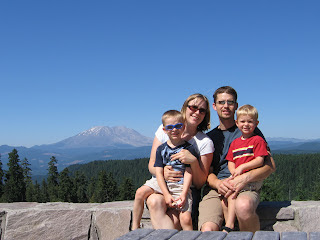 Now Mt. St. Helens will be the volcano in our backyard. We've never been up there, but are excited to go see the visitors' center and other viewpoints. 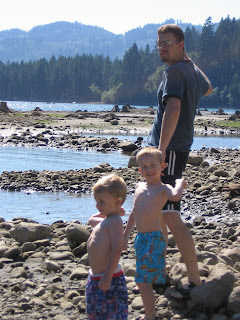 Lake Merwin, Yale Reservoir, and Swift Reservoir should be lots of fun for us. However, the boys were used to the temperature of the apartment swimming pool, so they didn't really enjoy swimming in the icy Yale waters. Throwing rocks was kinda fun, though. 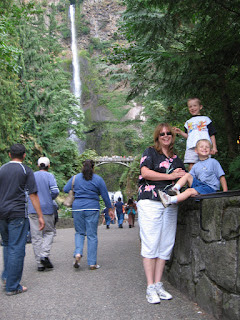 Grammy and boys at the base of Multnomah Falls. Taylor and Aric on the trail up to the top of the falls. Aric lost interest fairly quickly, but Taylor insisted we keep going all the way to the top. Aric ended up riding on Mom's back for a lot of the uphill walk. However, he did walk down, and announced proudly, "I'm a pretty good hiker." 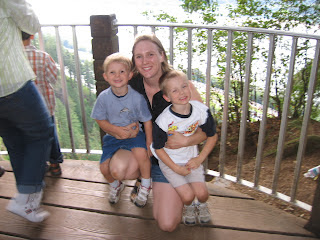 Mom and boys at the very top of Multnomah Falls. We made it! 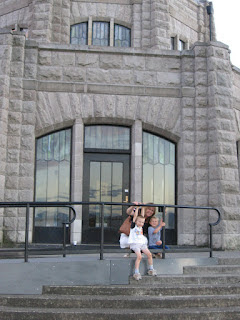 Grammy and boys at the Vista House. They were pretty disappointed that the building had already closed for the day. Aric still wants to go back to the "Bista House" when it's open, and so does Taylor.
Posted by JSTA at 8:51 AM No comments: