March: The Return of Winter

In March, we had several snowy days. The kids loved it, both because they got to play in the wet stuff and because they got to skip school. The puppy loves it, probably because he gets to play with his neighborhood dog buddies. The cat, however, is nonplussed. She was asking to go out by meowing one morning, but when she saw the snow outside, she paused, surveyed the wintry wonderland, and hissed long and loud at the white stuff before scooting back inside. 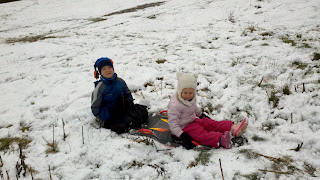 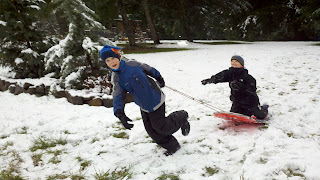 On March 22nd, we had the latest recorded snow in this area. The boys and their friends built a giant snow tunnel by hollowing out a ball. The weather warmed and it melted fairly quickly, but it made for a fun morning. 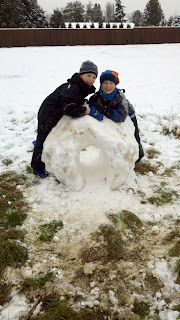 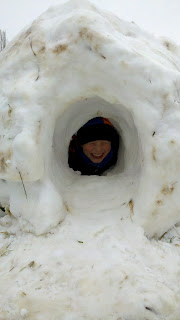 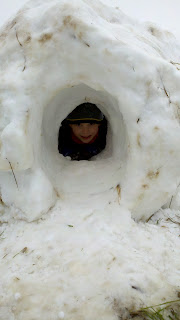 Also in March, Taylor pulled out his marble track again. After a while of not playing with it because it "wasn't as fun as he thought," he's discovered that he just wasn't quite ready for it. Now, he can build all sorts of workable tracks on his own and he's loving it. 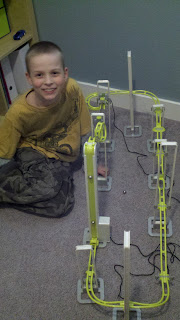 Aric and Taylor started baseball practice this month and they are both doing great. We think they might turn into great pitchers and it's fun to see them learn this new skill.

Ascha, while inventorying her "owies" recently, found a mole on her knee. As I assured her it wasn't an injury, she solemnly said, "but it's just a pretend mole, because REAL moles build dirt houses."
Posted by JSTA at 11:05 PM No comments:

Email ThisBlogThis!Share to TwitterShare to FacebookShare to Pinterest
February Update

Grandma Janet's birthday is in February, so Ascha decided to show off her exuberant coloring skills. If you think this is impressive, you should see her cutting skills. That girl can cut a paper into about a million tiny pieces, and she cherishes each one. I have to secretly purge her craft area while she's in bed, because every tiny snippet, even the myriads on the floor, are very precious to her. 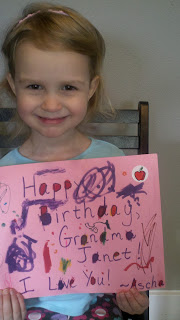 We had quite a bit of beautiful weather during the winter. On this fine, spring-like day, we decided to take little Pepper to one of our favorite hiking areas - Lucia Falls and Moulton Falls. We picnicked, then went "hiking." 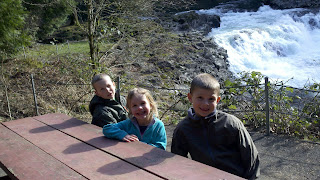 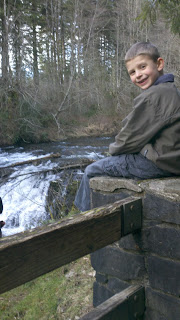 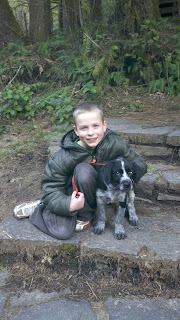 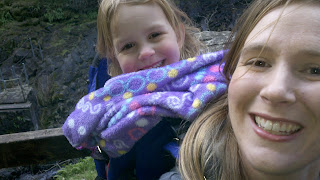 Ascha enjoyed playing with Pepper in the sunshine. Look how tiny he is. That small stage sure didn't last long. 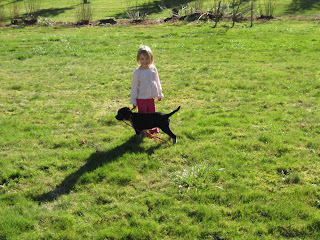 Also during February, Aric got to expand on his "communities" unit at school by taking a field trip to the post office, a restaurant, a bank, the fire hall, and city hall. Here he is in the mayor's chair. He liked it! 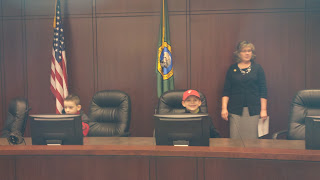 January was a very busy time. We had Jeremy's parents come visit for five days, a short recovery period, and then my parents visited for three days and accompanied us to the PBR in Portland. We had a blast! Jeremy stayed in town for over two weeks during this time. As things returned to normal (in other words, all the Grandparents left and Daddy went upriver, leaving us all feeling a little "let down"), the kids and I decided to make pretzels. Ascha, our resident playdough expert, came up with the idea of making snails out of our pretzel dough. They turned out great and the kids loved having them for breakfast. 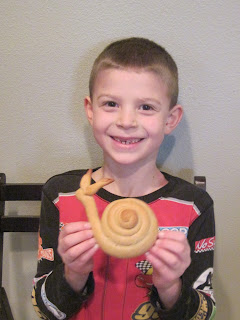 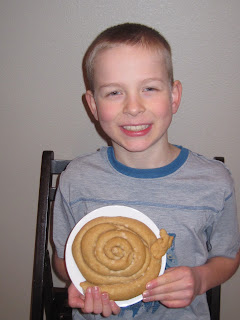 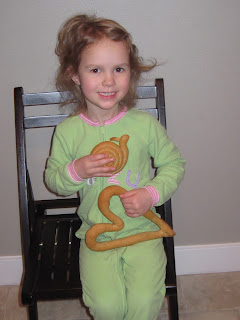 Email ThisBlogThis!Share to TwitterShare to FacebookShare to Pinterest
Sleepy Ascha

In January, we had decent enough weather to go bike riding. Ascha promptly fell asleep. I love these moments where my big 3 1/2 year old seems like a baby. They are getting fewer and farther between. 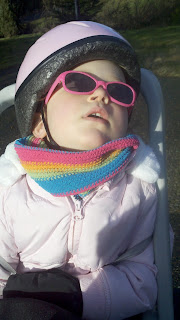 We bought a bed for Pepper. She loved sitting on it in the cart as we made our way through Costco. We brought it home so it would be ready for Pepper when he arrived with Grandma and Grandpa. She decided she'd break it in for the puppy by making sure it was comfy. It passed her test. 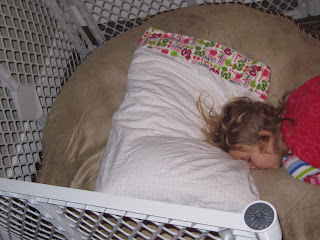 Both boys played on a 3rd grade HotShots team this year. They did well, learned a lot, and had fun. 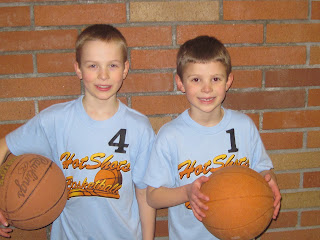 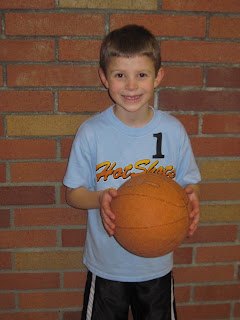 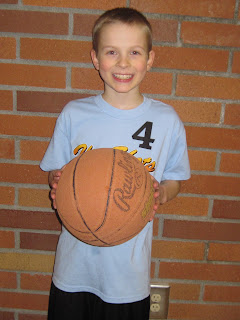