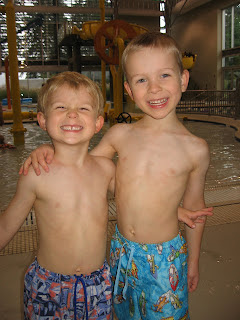 Taylor and Aric are taking swimming lessons at the pool nearest our apartment. We figured that during our rainy fall, it would be a perfect way for them to burn some energy and learn something new at the same time. They are both doing really good and enjoying the experience.
Posted by JSTA at 7:08 AM No comments:

(Plus the balance of September pics)

On September 17, Aric turned 3. Because of our move, the regular party with friends didn't happen. However, when Grammy and Grumpy were here, we made him a birthday blackberry pie and had his first mini-party. He got to open gifts from his Grammy and Grumpy, Great-Papa and Great-Gramma, and Great-Aunt Lynn. 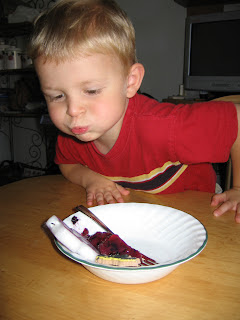 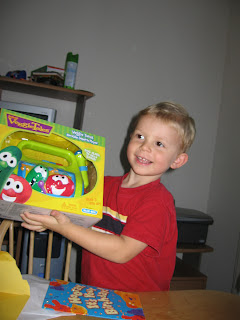 Thanks, Grammy and Grumpy, for KARAOKE! 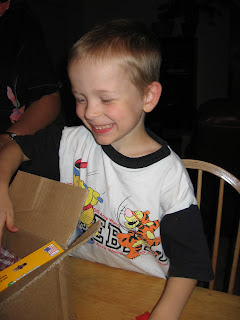 Great-Gramma send a goodie box to all of us, so Tay got in on the fun.


On his actual birthday, our immediate family had his second mini-party. We drove down to Wilsonville and visited Bullwinkle's Family Fun Center. Aric has been wanting to ride the go-karts for a very long time, but the minimum age requirement is 3, so this was his first opportunity. He was quite firm about riding with Mommy instead of Daddy (who, by the way, was far-and-away the winner of the race). Conservative, safe-driver Mommy was near the end of the pack (ok, ok, I was dead last, but at least Aric didn't have anything to be scared about! :-). Later that day, we had chocolate angel food cake that the boys had helped me make and Aric got to open his presents from Tay, Mom and Dad, and Grandpa Lyn and Grandma Janet. 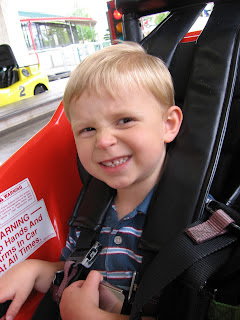 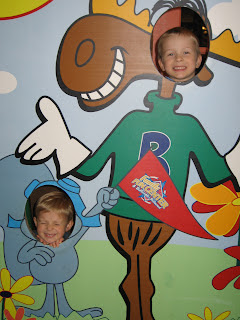 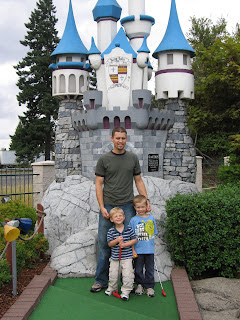 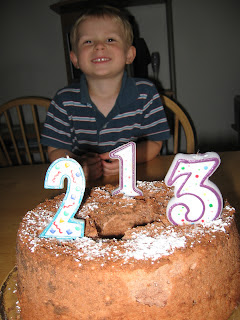 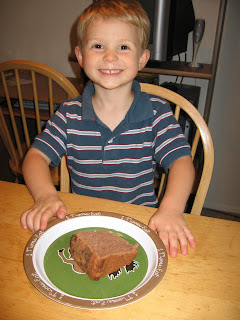 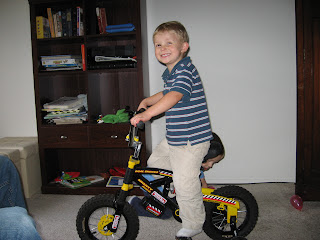 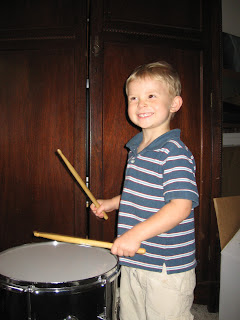 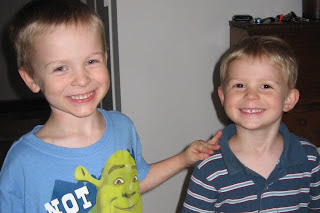 Since he got a bicycle for his birthday, we've been trying to get out and ride whenever it's not rainy. A few weeks ago, we went to Round Lake (near Camas) and gave the boys their first taste of "trail riding." They lasted about a quarter mile before retreating to the play structure, but it was a beautiful day to be outside enjoying the beautiful fall colors. 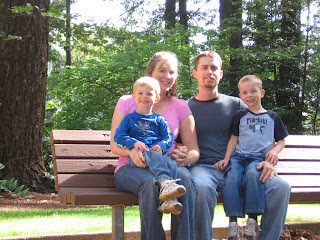 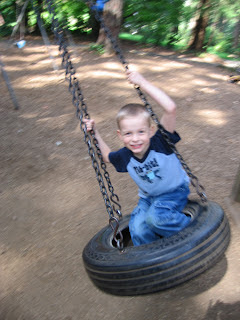 Two weekends ago, we went to the coast with our friends, the Hendersons. We visited the Tillamook Air Museum and my boys (yes, all THREE of them) got to drool over F14s and play in cockpit simulators. We stayed in a beachfront rental, which we have never done before. I must say, we were totally spoiled by huge picture-window views of the ocean, not to mention the fact that bathroom breaks didn't require packing the whole family to a public restroom blocks from where we had started. We had a very nice time. 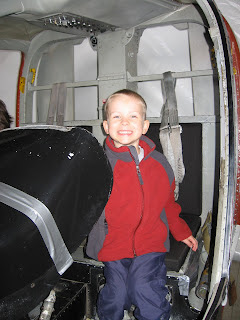 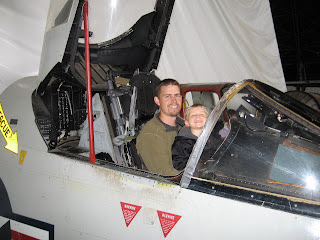 Now Jeremy's upriver and we're settling into the reality of apartment life and waiting for the next step in this interesting process. We're very thankful for sunbreaks, bicycles, soccer balls, and the library. I'm also thankful for the humorous moments that occur every day with my boys. They keep me chuckling a lot of the time. One example from a few months ago: We were eating out at The Old Spaghetti Factory with grandparents. Taylor's menu had a word scramble with noodle terms. He asked me what to do and I told him what each of the terms was. He studiously turned to his placemat and began writing each of them phonetically. He started with "P-O-S-D-U" aka pasta. :-)
Posted by JSTA at 11:20 PM 1 comment: