We are very happily expecting a baby around June 25, 2008. I am 12.5 weeks along and feeling mostly normal again. For awhile, I was fairly miserable with morning sickness and terrible headaches, but thankfully, they've subsided. At about 6 weeks, when I'd already been experiencing some sickness, I suddenly got MUCH worse. I was sleeping almost all the time, it seemed, and I felt hot and cold, and I could barely stomach the thought of food. After about three horrible days of feeling this way, I was pretty sure the next 6 weeks were going to be pure misery... Then Taylor got the stomach flu. I have never been more thankful for a flu bug in my life! I was so relieved to know this was going to be over in a few days instead of lasting for over a month! :-) :-) I had to laugh at myself for never even thinking it might be possible that I'd come down with anything besides morning sickness.

The boys are mostly excited about having a new baby. Taylor is elated and can't wait for a sister, whereas Aric was excited about a brother. I say "was" because as the idea has taken hold in his mind, he has gotten more and more unhappy about losing his position as the youngest. We have had fun telling the boys the size of the baby each week as it relates to food. When we first found out, the baby was the size of a sesame seed. A few weeks later, it was the size of a blueberry, then a kidney bean, then a grape, then a kumquat, and now a lime. Here is a picture of the baby at "kidney bean stage." Jeremy asked when I brought the pictures home if they were actual size. They weren't intended to be, but at 8 weeks, they did happen to show the baby as being exactly the size of a kidney bean. :-) The baby looked like a kidney bean, then, too. Now the length of a lime, I'm sure the baby looks a lot more like a baby. :-) 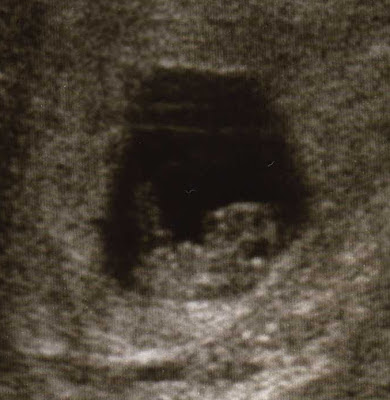 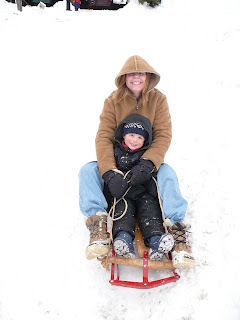 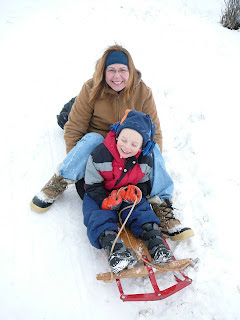 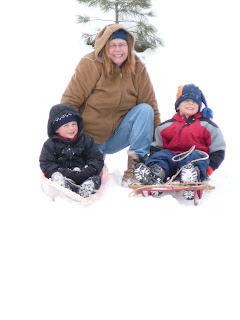 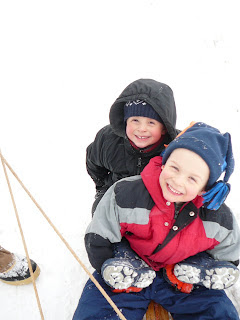 We had so much fun sledding at Great-Gramma and Great-Papa's house. 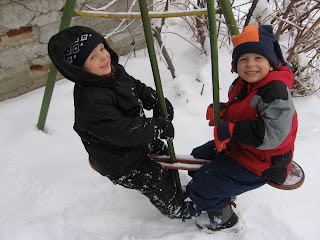 The boys also had fun on the teeter-totter that Mom played on when she was a little girl! 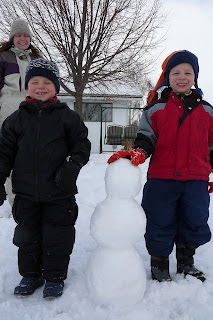 At Grammy and Grumpy's house we had fun building a snowman... 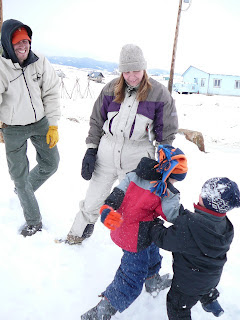 ...and having a snowball fight. 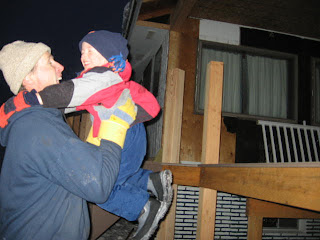 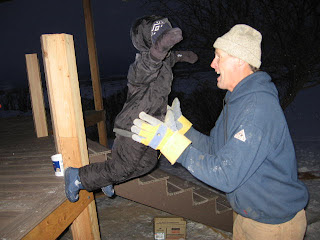 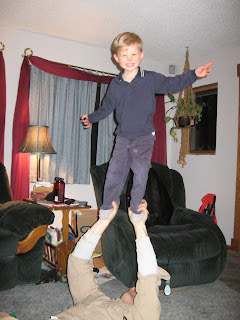 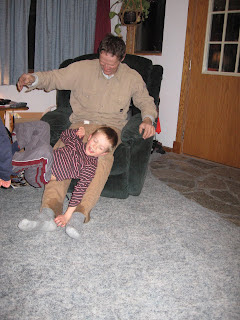 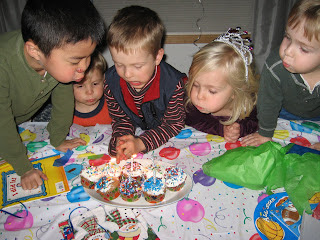 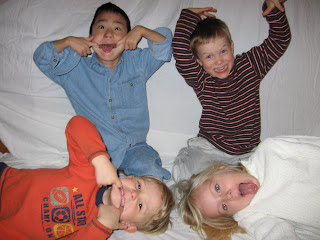 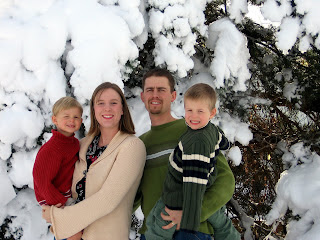 An early "Merry Christmas" to everyone! 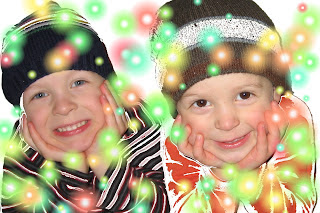